The women Veteran population is growing and VA is stepping up to meet the need through innovative programming and services specifically designed to serve women. But, once the programs are deployed, how do we get the word out? How do we ensure that women Veterans self-identify and take advantage of the benefits they’ve earned and deserve? And, how do we capture the sentiment and reality of what women Veterans are experiencing so we can raise those voices to drive effective policy?

Success is a wonderful thing. It is exhilarating and exciting, especially when it comes to helping others. But it can also be very limiting when it drains resources that need to be replenished in order to sustain growth.

That is the state of affairs the Lake County Veterans and Family Services Foundation finds itself in as we complete our first full year of operation. Our robust growth has paid off, but we need to raise money to continue to serve our Service Member target population fully and efficiently. So, we are happy to announce two more options for our supporters to help us with donations. The State of the American Veteran: The Chicagoland Veterans Study surveyed nearly 1,300 veterans, along with follow-up focus groups with 20 veterans, in Cook, DuPage, Lake and Will counties. The study was conducted in partnership with Loyola University Chicago School of Social Work.

The study found that many service members leaving the military and returning to the Chicagoland area are not prepared for the transition home and have a range of needs that cannot be easily addressed by a single organization.

BY CLIFTON B. PARKER

For several years, Emma Seppala, associate director of Stanford's Center for Compassion and Altruism Research and Education and lead author of the article, has been studying the effects of breathing-based meditation practices on veterans suffering from PTSD.

"This is the first randomized controlled study on a form of meditation or yoga for veterans with PTSD that has shown such long-term, lasting effects," she said in an interview.

PTSD, which affects about one in five veterans, is typically triggered by the experience of a terrifying or life-threatening event. Symptoms may include flashbacks, nightmares, severe anxiety and uncontrollable thoughts and emotions. Returning vets suffering from PTSD have extremely high suicide rates, Seppala said. 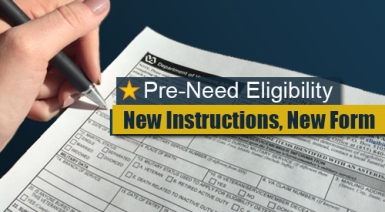 VA takes special care to pay lasting tribute to the memory of Veterans who served and sacrificed and that of their families. VA meticulously maintains 135 VA national cemeteries in 40 states and Puerto Rico and is working to increase access to accommodate Veterans and eligible family members close to home. In a few years, 95 percent of Veterans will have a burial option in an open VA, state or tribal veterans cemetery located within 75 miles of their home. Some benefits are also available for Veterans who choose burial in a private cemetery.

Our recent annual observance of Veterans Day marked a genuine, heartfelt "thank you" to the men and women who have bravely served our nation. But now that the celebrations are over, it's an appropriate time to ask an important question: Are we truly supporting America's veterans?

There are 22 million veterans in this country. They are our family members, friends and neighbors; indeed, we all likely know at least one veteran. But there is much that many of us don't know or understand about their experiences, attitudes and perceptions.

For all too many veterans, returning from military service means coping with symptoms of post-traumatic stress disorder (PTSD). You may be having a hard time readjusting to life out of the military. Or you may constantly be feeling on edge, emotionally numb and disconnected, or close to panicking or exploding. But no matter how long the V.A. wait times, or how isolated or emotionally cut off from others you feel, it’s important to know that you’re not alone and there are plenty of things you can do to start feeling better. These steps can help you learn to deal with nightmares and flashbacks, cope with feelings of depression, anxiety or guilt, and regain your sense of control.

What causes PTSD in veterans? Post-traumatic stress disorder (PTSD), sometimes known as shell shock or combat stress, occurs after you experience severe trauma or a life-threatening event. It’s normal for your mind and body to be in shock after such an event, but this normal response becomes PTSD when your nervous system gets “stuck.”

Your nervous system has two automatic or reflexive ways of responding to stressful events:
Mobilization, or fight-or-flight, occurs when you need to defend yourself or survive the danger of a combat situation. Your heart pounds faster, your blood pressure rises, and your muscles tighten, increasing your strength and reaction speed. Once the danger has passed, your nervous system calms your body, lowering your heart rate and blood pressure, and winding back down to its normal balance.

Immobilization occurs when you’ve experienced too much stress in a situation and even though the danger has passed, you find yourself “stuck.” Your nervous system is unable to return to its normal state of balance and you’re unable to move on from the event. This is PTSD.

Recovering from PTSD involves transitioning out of the mental and emotional war zone you’re still living in and helping your nervous system become "unstuck."

April 20, 2018, Waukegan County Court House
Mentors for the Veterans Treatment and Assistance Court (VTAC) of the 19th Judicial Circuit were presented with their own Quilt of Valor in recognition of their dedication and service to the VTAC program. The quilts are normally presented to court graduates upon completion of the program as a symbol of the care, warmth and security the VTAC will always provide the graduate.

Judges Christie Bishop and Christopher Stride, the presiding judges of VTAC, broke with the tradition of Quilts of Valor protocol to honor the mentors in addition to only court graduates. The quilts were presented in a solemn ceremony in front of more than 80 spectators to underscore the importance of the mentors in the success of VTAC.

Traveling through an airport recently, I witnessed a now-commonplace ritual: military personnel getting head-of-the-line privileges in the boarding area. As we complete the withdrawal of American troops from Afghanistan, one of the legacies of the longest war in our history is how the public has rallied to support those who served.

While this can seem superficial at times, there is not a vet alive who would prefer the other extreme. My father served in Vietnam, and the welcome home his generation received was a national disgrace.

Unfortunately, the modern-day lionization of veterans has itself gone too far. In Washington, this knee-jerk support has resulted in policy decisions that will hurt both vets and the larger public over time.

Task & Purpose spoke with the "Restrepo" director about his upcoming book, "Tribe," and why over-valorizing veterans only does more harm than good.

Few civilians can get away with talking about the military the way Sebastian Junger does. Among mainstream journalists, his commentary on the experience of being an American soldier in the post-9/11 world is unparalleled in its depth and honesty. Over the years, he's amassed a body of award-winning work — articles, books, films — that challenges popular assumptions about what it means to serve, and the psychological impact that service has on those who do. That's a remarkable achievement for someone who's never worn the uniform.

Of course, Junger, whose career as a conflict reporter began in Kosovo in the 1990s, is no stranger to war. In fact, he wrote the book: "War," a nonfiction chronicle of an infantry platoon's yearlong deployment to Afghanistan's treacherous Korengal Valley. In 2010, the adjoining Oscar-nominated documentary, "Restrepo," co-directed with the late Tim Hetherington, introduced a wider audience to the strangeness and brutality of life on the front lines. For many veterans, myself included, it stands as the definitive film about the war.

The poignancy of Junger's Afghan War coverage draws less from the fact that he embedded with one of the heaviest hit units of that conflict than it does from the fact that he crossed a threshold few journalists are able or willing to cross. He didn't just dip his toe in. He dove, risking life and limb to capture the experience of being an American combat soldier in a distant and largely forgotten war. But more than that: he got to know his subjects — not just who they were as soldiers, but who they were as men who, alive or dead or wounded, would eventually come home.