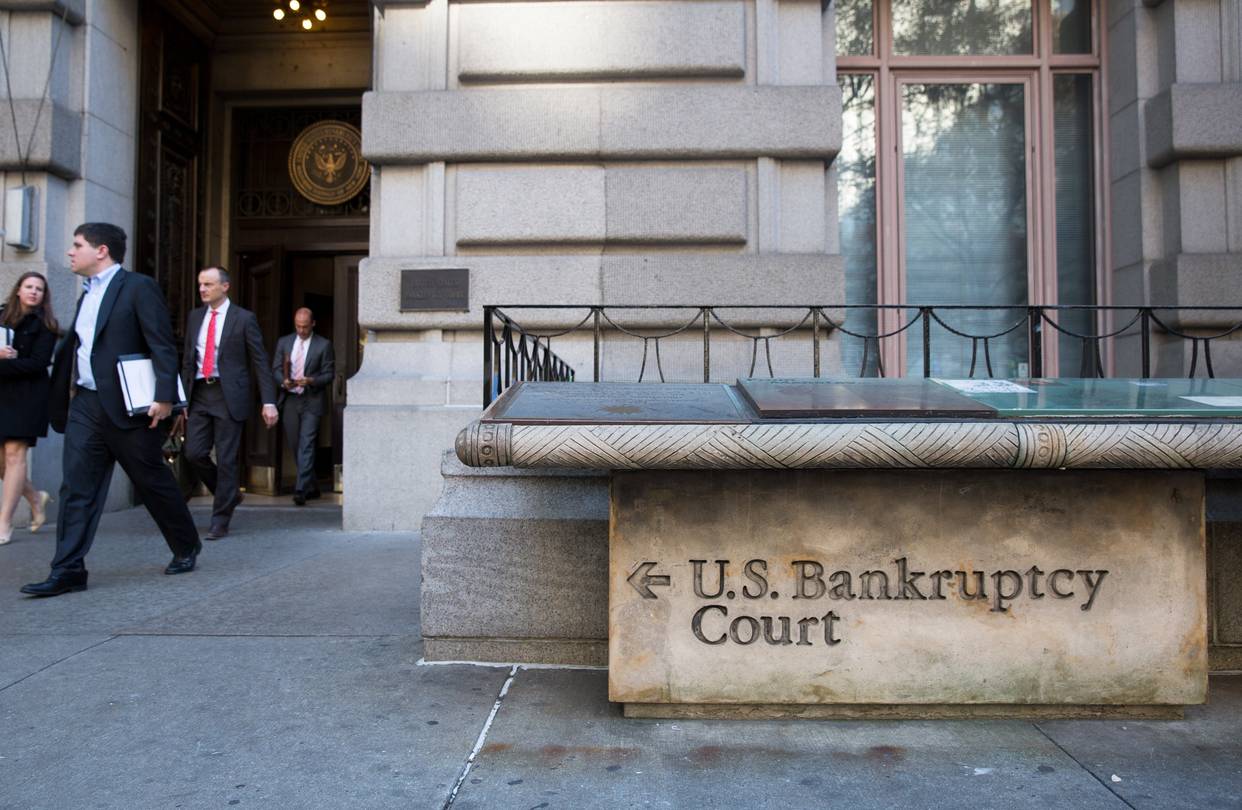 Borrowers are beginning to win battles to erase some student loans in bankruptcy court, overcoming stiff obstacles that have generally blocked that path except in extreme cases of financial hardship.

Since March, several bankruptcy courts have allowed borrowers to cancel private student loans with a new legal argument that relies on vague wording about the legal definition of a student loan.

Bankruptcy law says that, without proving extreme hardship, a borrower can’t discharge a loan made for an “educational benefit.” This language has opened a window to cancel loans for students who argue their loans falls outside this category of debt. Such reasoning has been applied to loans obtained to attend schools without accreditation or to study for a bar exam.

The argument applies only to a slice of the private student-loan market, which makes up less than 10% of the more than $1.3 trillion in outstanding student debt. The federal government dominates the student-loan market and isn’t as vulnerable in bankruptcy proceedings.

For years, bankruptcy wasn’t a realistic way for Americans to get help with student-loan debt. Now, lawsuits that offer a gateway to debt cancellation are “popping up all over the country,” said Austin Smith, a consumer-bankruptcy lawyer who has led the charge in courts.

Although no one keeps statistics on how often such cases arise, bankruptcy experts say they expect the number of student-loan-related lawsuits to climb as the amount of student-loan debt increases.

“Bankruptcies in and of themselves are on the decline,” said D.J. Rausa, a San Diego consumer-bankruptcy lawyer. “That may change if more and more people and bankruptcy lawyers get informed there are provisions in the bankruptcy code to manage student loans.”

The argument worked for Lesley Campbell, 37 years old, who in 2014 filed for bankruptcy and later was able to discharge the unpaid portion of a $15,000 loan she took out from Citibank to study for a bar exam.

Judge Carla Craig of the U.S. Bankruptcy Court in Brooklyn, N.Y., ruled that loan debt for bar exams is akin to consumer debt and doesn’t fall into the category of a student loan that sticks with a borrower in bankruptcy.

The school “falsely represented to her that it was licensed and accredited,” providing her with a loan application from Citizens Bank that reflected a code for an accredited institution, court papers state. Because the school was in fact unaccredited, according to court papers, Ms. Decena, 43, was ineligible to sit for medical-board exams in multiple states.

“There’s no educational benefit in this case because she couldn’t have a license that she could use,” said Darren Aronow, Ms. Decena’s lawyer.

Citizens Bank appealed Judge Grossman’s ruling, and a district court recently sent the case back to bankruptcy court, finding that the bank wasn’t properly notified of the lawsuit.

Lauren Baez, 31, who took out private and federal loans to attend a visual-arts school in 2008, also argued that she should be able to cancel her private debt without needing to prove extreme financial hardship. Her gross salary of $45,000 as a retail employee won’t cover the repayment costs, she said.

“If I was forced to pay back all my student loans at this moment in time, I wouldn’t have enough money to pay my rent,” Ms. Baez said. “I’m making more money than I ever have before, but I still can’t afford to make these payments.”

Ms. Baez owed private-loan servicer Navient Corp., formerly part of Sallie Mae, $158,400 as of Nov. 28. The case settled before a judge could rule. The terms of the settlement haven’t been disclosed.

A Navient spokeswoman declined to comment on the case, but said the company “continues to support reform that would allow federal and private student loans to be dischargeable in bankruptcy for those who have made a good-faith effort to repay their student loans.”

For more information about how to deal with student loan bankruptcy issues contact: http://www.acsmithlawgroup.com/practice-areas2.html