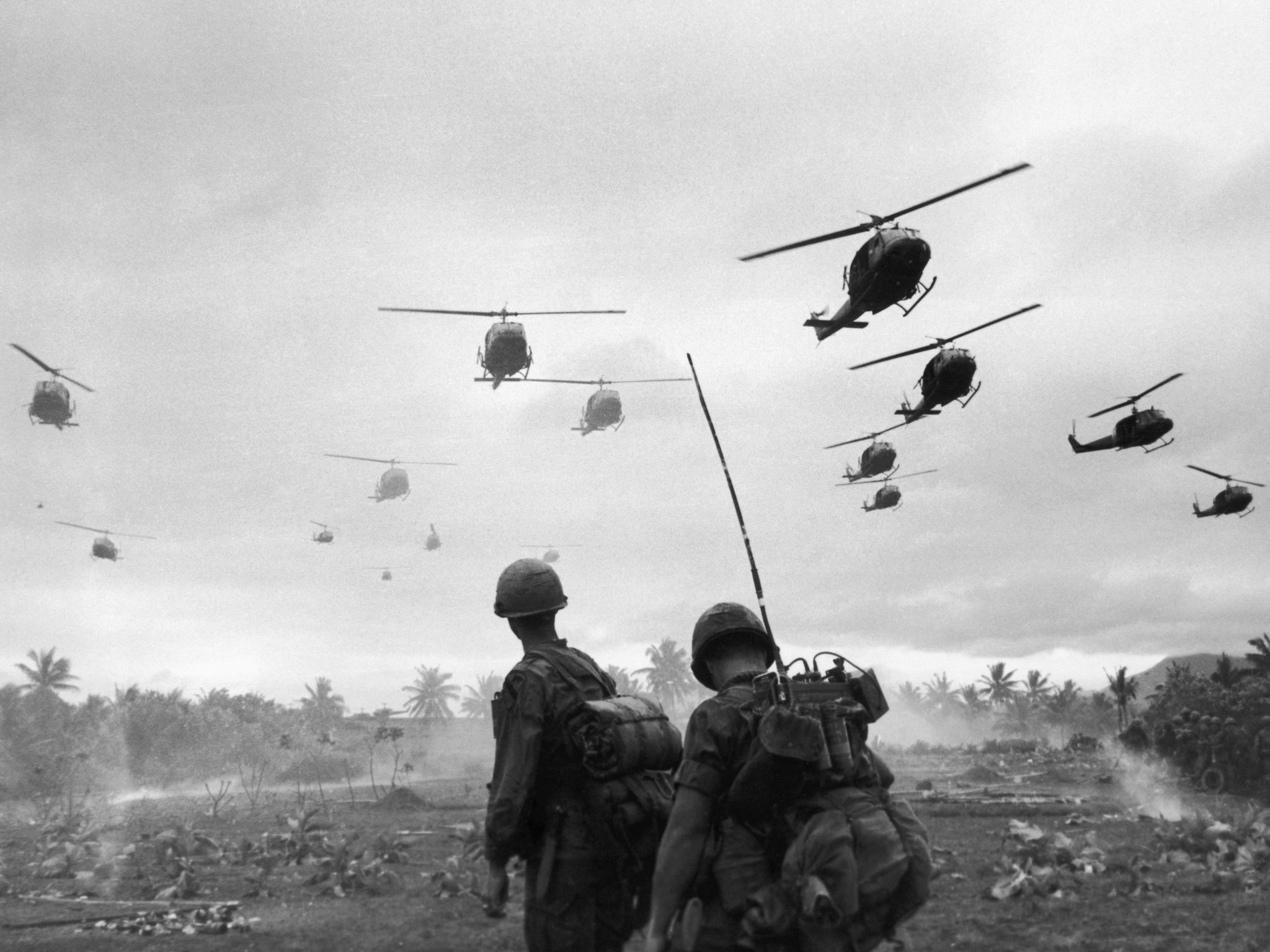 The legacy of the war still shapes America, even if most of us are too young to remember it.

In the early spring of 1967, I was in the middle of a heated 2 a.m. hallway discussion with fellow students at Yale about the Vietnam War. I was from a small town in Oregon, and I had already joined the Marine Corps Reserve. My friends were mostly from East Coast prep schools. One said that Lyndon B. Johnson was lying to us about the war. I blurted out, “But … but an American president wouldn’t lie to Americans!” They all burst out laughing.

When I told that story to my children, they all burst out laughing, too. Of course presidents lie. All politicians lie. God, Dad, what planet are you from?

America didn’t just lose the war, and the lives of 58,000 young men and women; Vietnam changed us as a country. In many ways, for the worse: It made us cynical and distrustful of our institutions, especially of government. For many people, it eroded the notion, once nearly universal, that part of being an American was serving your country. 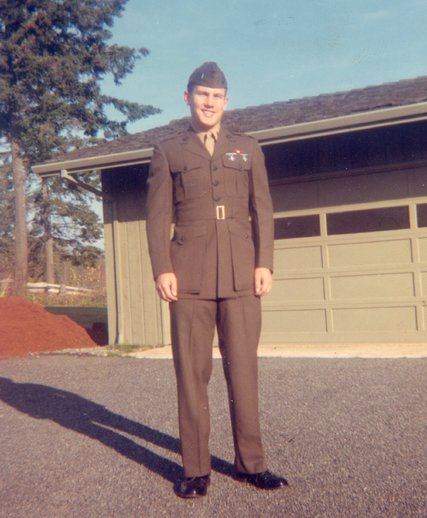 But not everything about the war was negative. As a Marine lieutenant in Vietnam, I saw how it threw together young men from diverse racial and ethnic backgrounds and forced them to trust one another with their lives. It was a racial crucible that played an enormous, if often unappreciated, role in moving America toward real integration.

And yet even as Vietnam continues to shape our country, its place in our national consciousness is slipping. Some 65 percent of Americans are under 45 and so unable to even remember the war. Meanwhile, our wars in Iraq and Afghanistan, our involvement in Syria, our struggle with terrorism — these conflicts are pushing Vietnam further into the background.

All the more reason, then, for us to revisit the war and its consequences for today. This essay inaugurates a new series by The Times, Vietnam ’67, that will examine how the events of 1967 and early 1968 shaped Vietnam, America and the world. Hopefully, it will generate renewed conversation around that history, now half a century past.

What readers take away from that conversation is another matter. If all we do is debate why we lost, or why we were there at all, we will miss the truly important question: What did the war do to us as Americans?

Vietnam changed the way we looked at politics. We became inured to our leaders lying in the war: the fabricated Gulf of Tonkin incident, the number of “pacified provinces” (and what did “pacified” mean, anyway?), the inflated body counts.

People talked about Johnson’s “credibility gap.” This was a genteel way of saying that the president was lying. Then, however, a credibility gap was considered unusual and bad. By the end of the war, it was still considered bad, but it was no longer unusual. When politicians lie today, fact checkers might point out what is true, but then everyone moves on.

We have switched from naïveté to cynicism. One could argue that they are opposites, but I think not. With naïveté you risk disillusionment, which is what happened to me and many of my generation. Cynicism, however, stops you before you start. It alienates us from “the government,” a phrase that today connotes bureaucratic quagmire. It threatens democracy, because it destroys the power of the people to even want to make change.

You don’t finish the world’s largest highway system, build huge numbers of public schools and universities, institute the Great Society, fight a major war, and go to the moon, which we did in the 1960s — simultaneously — if you’re cynical about government and politicians.

I live near Seattle, hardly Donald J. Trump territory. Most of my friends cynically deride Mr. Trump’s slogan, Make America Great Again, citing all that was wrong in the olden days. Indeed, it wasn’t paradise, particularly for minorities. But there’s some truth to it. We were greater then. It was the war — not liberalism, not immigration, not globalization — that changed us.

In December 1968, I was on a blasted and remote jungle hilltop about a kilometer from the demilitarized zone. A chopper dropped off about three weeks of sodden mail and crumpled care packages. In that pile was a package for Ray Delgado, an 18-year-old Hispanic kid from Texas. I watched Ray tear into the aluminum foil wrapping and, smiling broadly, hold something up for me to see.

“It’s tamales. From my mother.”

“Sure.” I looked at it, turned it over, then stuck it in my mouth and started chewing. Ray and his other Hispanic friends were barely containing themselves as I was gamely chewing away and thinking, “No wonder these Mexicans have such great teeth.”

“Lieutenant,” Ray finally said. “You take the corn husk off.”

I was from a logging town on the Oregon coast. I’d heard of tamales, but I’d never seen one. Until I joined my company of Marines in Vietnam, I’d never even talked to a Mexican. Yes, people like me called people like Ray “Mexicans,” even though they were as American as apple pie — and tamales. Racial tension where I grew up was the Swedes and Norwegians squaring off against the Finns every Saturday night in the parking lot outside the dance at the Labor Temple.

President Harry Truman ordered the integration of the military in 1948. By the time of the Vietnam War, the races were serving together. But putting everyone in the same units is very different than having them work together as a unit.

Our national memory of integration is mostly about the brave people of the civil rights movement. Imagine arming all those high school students from Birmingham, Ala. — white and black — with automatic weapons in an environment where using these weapons was as common as having lunch and they are all jacked up on testosterone. That’s racial tension.

During the war there were over 200 fraggings in the American military — murders carried out by fragmentation grenades, which made it impossible to identify the killer. Almost all fraggings, at least when the perpetrator was caught, were found to be racially motivated.

And yet the more common experience in combat was cooperation and respect. If I was pinned down by enemy fire and I needed an M-79 man, I’d scream for Thompson, because he was the best. I didn’t even think about what color Thompson was.

White guys had to listen to soul music and black guys had to listen to country music. We didn’t fear one another. And the experience stuck with us. Hundreds of thousands of young men came home from Vietnam with different ideas about race — some for the worse, but most for the better. Racism wasn’t solved in Vietnam, but I believe it was where our country finally learned that it just might be possible for us all to get along.

I was at a reading recently in Fayetteville, N.C., when a young couple appeared at the signing table. He was standing straight and tall in Army fatigues. She was holding a baby in one arm and hauling a toddler with the other. They both looked to be about two years out of high school. The woman started to cry. I asked her what was wrong, and she said, “My husband is shipping out again, tomorrow.” I turned to him and said, “Wow, your second tour?”

My heart sank. Is this a republic?

The Vietnam War ushered in the end of the draft, and the creation of what the Pentagon calls the “all-volunteer military.” But I don’t. I call it the all-recruited military. Volunteers are people who rush down to the post office to sign up after Pearl Harbor or the World Trade Center gets bombed. Recruits, well, it’s more complicated.

When I was growing up, almost every friend’s father or uncle had served in World War II. All the women in town knew that a destroyer was smaller than a cruiser and a platoon was smaller than a company, because their husbands had all been on destroyers or in platoons. Back then it was called “the service.” Today, we call it “the military.”

That shift in language indicates a profound shift in the attitudes of the republic toward its armed forces. The draft was unfair. Only males got drafted. And men who could afford to go to college did not get drafted until late in the war, when the fighting had fallen off.

But getting rid of the draft did not solve unfairness.

America’s elites have mostly dropped out of military service. Engraved on the walls of Woolsey Hall at Yale are the names of hundreds of Yalies who died in World Wars I and II. I counted three who died in Vietnam and none since.

Instead, the American working class has increasingly borne the burden of death and casualties since World War II. In a study in The University of Memphis Law Review, Douglas Kriner and Francis Shen looked at the income casualty gap, the difference between the median household incomes (in constant 2000 dollars) of communities with the highest casualties (the top 25 percent) and all the other communities. Starting from almost dead-even in World War II, the casualty gap was $5,000 in the Korean War, $8,200 in the Vietnam War, and is now more than $11,000 in Iraq and Afghanistan. Put another way, the lowest three income deciles have suffered 50 percent more casualties than the highest three.

If these inequities continue to grow, resentment will grow with it. With growing resentment, the already wide divide between the military and civilians will also widen. This is how republics fall, with armies and parts of the country more loyal to their commander than their country.

We need to return to the spirit of the military draft, and how people felt about service to their country. The military draft was viewed by most of us the same way we view income tax. I wouldn’t pay my taxes if there wasn’t the threat of jail. But as a responsible citizen, I also see that paying taxes is necessary to fund the government — my government.

People would still grumble. We grumble about taxes. People would still try to pull strings to get more pleasant assignments. But everyone would serve. They’d work for “the government,” and maybe start to see it as “our government.” It’s a lot harder to be cynical about your country if you devoted two years of your life making it a better place.

Let the armed services be just one of many ways young people can serve their country. With universal service, some boy from Seattle could find himself sharing a tamale with some Hispanic girl from El Paso. Conservatives and liberals would learn to work together for a common cause. We could return to the spirit of people of different races learning to work together in combat during the Vietnam War.

The Vietnam War continues to define us, even if we have forgotten how. But it’s not too late to remember, and to do something about it.

Karl Marlantes, the author of “What It Is Like to Go to War” and the novel “Matterhorn,” was a Marine in the Vietnam War.